Dún Laoghaire-Rathdown’s coastline has been a buzzing social spot over the years, as well as a busy workplace. Wonderful memories were shared of watching the mail boat come into the harbour and its cargo methodically placed onto the train before setting off down the tracks. There was outdoor entertainment at the weekends and sunny days in the Baths.

When people wanted to go further afield, jumping onto the boat to Holyhead was easy with the Harbour on your doorstep, although the rough and ready, stomach-churning Princess Maud was avoided wherever possible. Over the years, locals of Dún Laoghaire Rathdown have certainly made the very most of having the seaside a stone’s throw from their homes

“My sister and I enjoyed it there in Dún Laoghaire. Late evenings, we would all go to the open-air concert on the Prom. They were wonderful concerts… There was everything down there. There were dancers and singers.” – Eva Sutton, The Clevis Unit Member 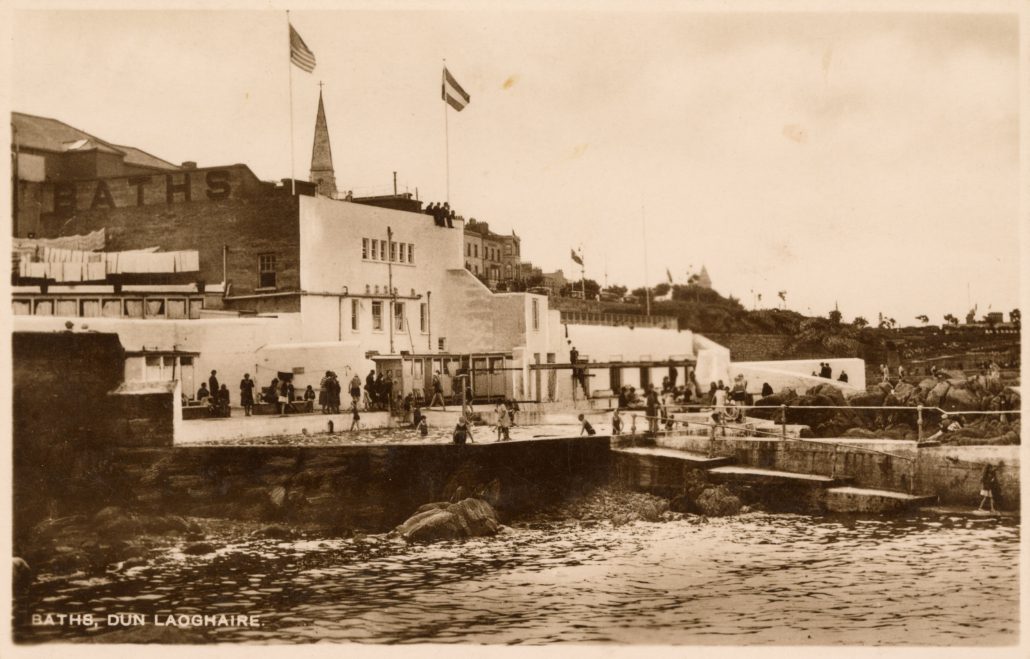 “I used to go (to the Baths in Dún Laoghaire) because I could bring the kids and sit and watch them, and there was two little pools for kids. You had to pay in, but not much. And I used to bring their dinner with me. Sandwiches, bread and butter, and a bit of chicken, and we’d sit there for the day.” – Beaufort Day Care Centre Member 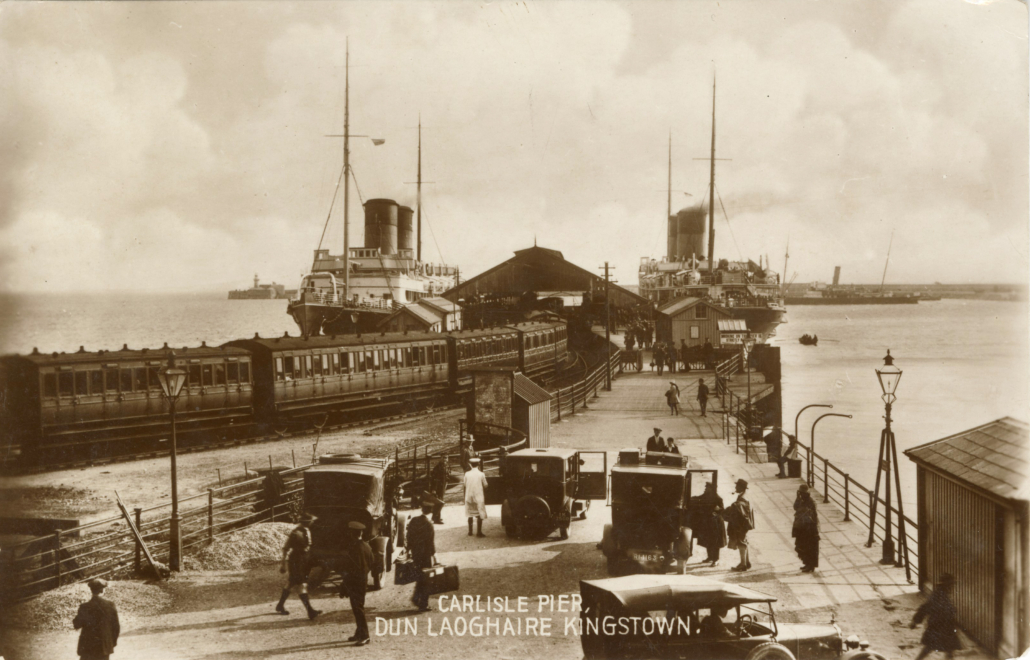 “The kids used to go down (to the sea at Booterstown) through the carpark facing the Punchbowl, and then they swam the other side of the wall. It was a right spot there for swimming and you had all the stones there to lie down in the sun.” – Leopardstown Park Day Centre Member

“We used to go out a lot to Dún Laoghaire in the evenings. My father loved ships and boats. So he’d go out and we’d watch the mail boat coming in and out. And there were different ships that would come in and out there. And the train. It used to come right up beside the mail boat. And it was the mail train. So, the mail would come in at Dún Laoghaire and then would go off on the mail train and be distributed down around the rest.

In the summer they’d have a fairground… down at the pier… chair-o-planes and the helter skelter. There were swing boats, loads. And, occasionally now, you’d be bought some candy floss. I remember that was the first time ever I ate candy floss.” – Mount Merrion Friendship Club Member

“My husband was English… and he loved to go to Dún Laoghaire and we always had a walk on the pier. And we passed the gents and the ladies (toilets), and he said, “the first time I came to Ireland I went into the one that said ‘Mná’ because I thought it was ‘Men’.” – Mount Merrion Friendship Club Member

“I’m from the north side of Dublin, and I moved to the south side to bring a bit of culture to my wife (laughter). I was at sea for thirty years. I was a chief engineer with ‘B & I’ (now Irish Ferries) and ‘Irish Shipping’. I’d be away for months at a time. I loved the silence. I loved my work. I travelled everywhere but I used to go to Dún Laoghaire with a friend of mine. One day we got to the top of Clonkeen Road, passed by Dunnes Stores which was only a shed, I said “I’m gonna live down there”, and that’s exactly what I did. First house I bought was off the Clonkeen Road.” – Leopardstown Park Day Centre Member 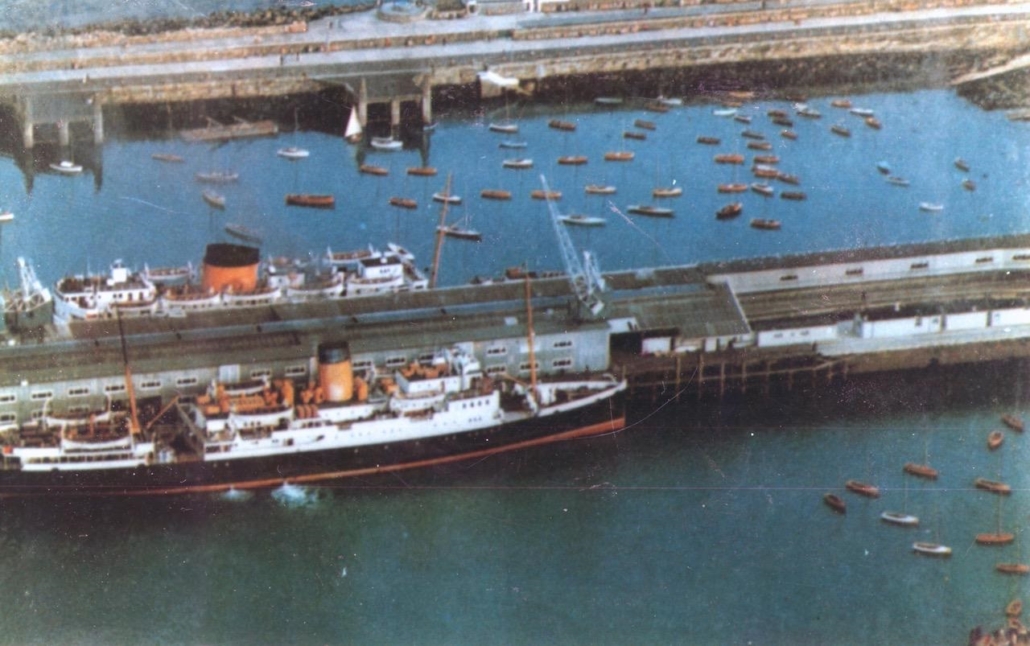 Above: Aerial view of Carlisle Pier with the Princess Maud and Hibernia.’ Photo courtesy of Justin Merrigan

“The Princess Maud… that was the worst ship on the Irish coast I can tell ya.” – Leopardstown Park Day Care Centre Member