HelenaByrne · Episode 5 – “I’m Just Popping Out To The Shops.”

Stop by Boland’s bakery for your bread. Perhaps visit Monument Creamery, where the worker behind the counter will cut to size and weight the amount of butter you want to purchase. Pop into Edward Lee’s for your drapery and watch your money fly along the mechanical ‘cash carrier’ to the cashier. The lack of large grocery stores or home fridges meant that a visit to your local shop was made several times a week, if not every day. However, far from describing the errand of daily shopping as a laborious task, interviewees deeply reminisce the local stores they often frequented, as well as other establishments such as cafés and cinemas across Dún Laoghaire-Rathdown. These stores were social hubs in the community, a place to connect with neighbours and get your daily dose of banter. A far cry from the self-checkout tills in large grocery stores today, you knew your local shop keeper and he or she knew you.

“Lee’s had two shops. I think they sold everything. Clothing and household. They had a furniture shop down where Dunnes Stores is now (in Dún Laoghaire) at the end of the main street. And then they had a grocery shop. Where Penney’s is now, there was Findlater’s. And then you had Murdock’s. They were another big store.” – Leopardstown Park Day Centre Member 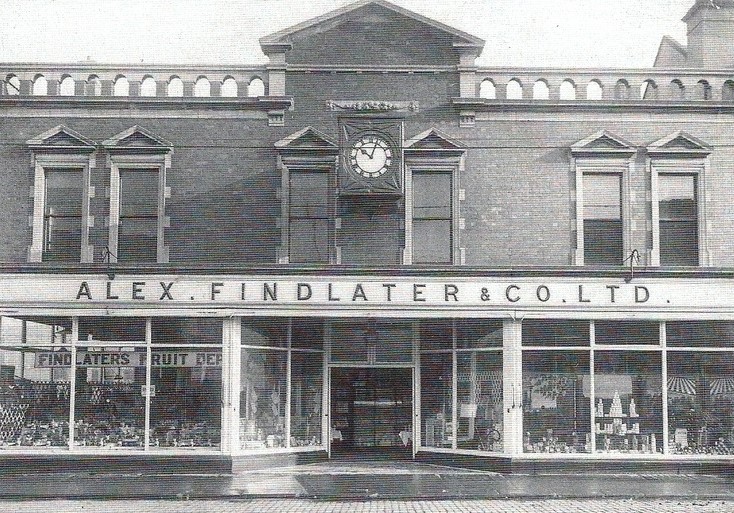 Above: ‘Findlater’s Department Store in Dún Laoghaire, where Penneys is today.’ Photo courtesy of Dalkey Castle and Heritage Centre

“Teddy’s! And people used to queue for Teddy’s, and it’s everywhere now (laughter).”

“What was your typical order from Teddy’s Ice-cream?”

“Oh, the one with the chocolate on it (laughter). It was expensive, but it was lovely. A treat.” – Beaufort Day Care Centre Member 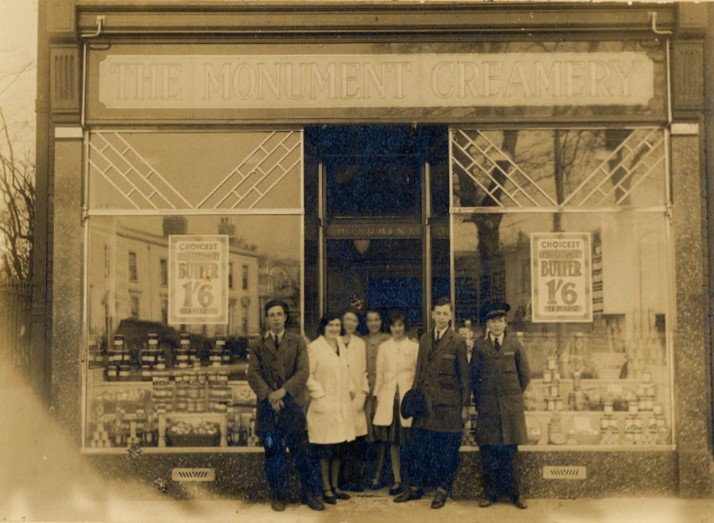 “The Pavilion Cinema was there (in Dún Laoghaire) and the first film I saw was ‘The Parent Trap’… with Maureen O’Hara, I think. It was right down where Meadows and Byrne is now… It was one of those sort of ‘Art Deco’ style cinemas.” – Mount Merrion Friendship Club Member

“There was one shop called the Nook (in Booterstown), and everyone shopped there. Because you went into the Nook this morning, and you heard who was married, who was dead, who was gone on holidays, who was coming back. That’s the shop it was. All the gossip. And I think there was one of them in every locality, wasn’t there? Martin Lysaght was the man who ran the shop. It was like the social centre for the whole area.” – Leopardstown Park Day Centre Member

Left: ‘One of the many Monument Creamery locations that were found across Dublin.’ Photo Source Anonymous

“Palm Grove was an ice-cream parlour in Dún Laoghaire… You could have tea and cakes. You had to take four cakes and two teas, and if you weren’t eating the cakes, you could get a refund. Now we’d be watching them (other customers) and they wouldn’t think of getting the refund, and they’d go out. And then we’d (picking up the cake) say “refund please”. So, we’d get the money for the cakes (laughter)”. – Beaufort Day Care Centre Member

“I used to work in the ‘60 Minute Cleaners’ in Dún Laoghaire. Now, that’s when I think Lipton’s were down there, and the Gas Company and all… My sister used to press the clothes and I was a shop assistant”. – Beaufort Day Care Centre Member

“My mother was a cashier in Lee’s. And they had this (cable cash carrier) system for putting the money in and sending it back from each department.” – Mount Merrion Day Care Centre Member 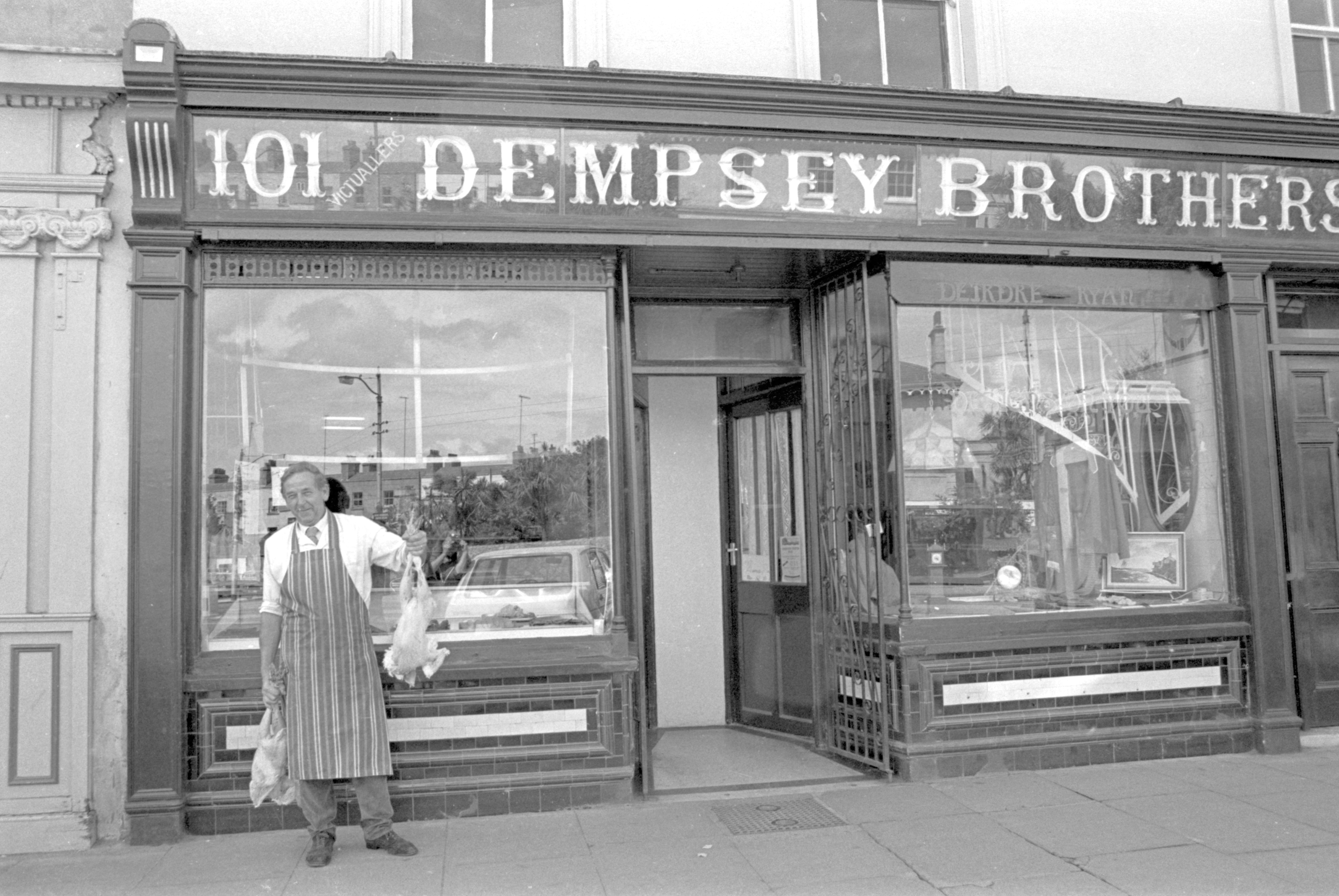 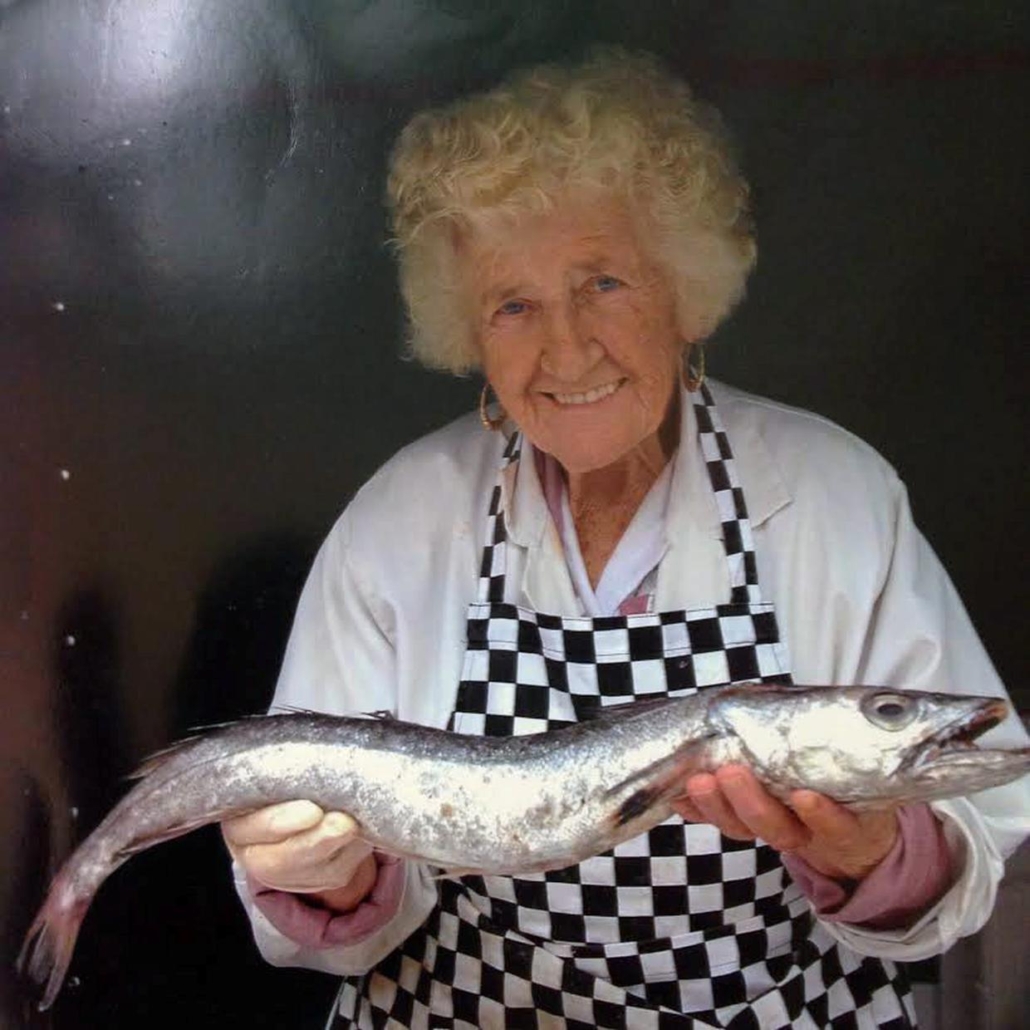 “We’d go to the Monument creamery for our butter. They made the butter up and it was gorgeous… real creamery butter… And May Pole (Dairy) and Boland’s Bakery.” – Beaufort Day Care Centre Member

“You’d be sent down to the shop and you’d get bread. And I remember my sister going down and she’d eat a lot of the bread (on the way home) and she was trying to hide it so that Mam didn’t know that she’d eaten it. She got herself into more trouble because Mam would say “There’s a big hole there”. – Beaufort Day Care Centre Member