HelenaByrne · Episode 7 – “You Knew Your Neighbours. Times Have Changed So Much.”

It’s a busy County we live in today and it’s a safe bet to assume that many of us don’t know very much about our neighbours next door. Rather than calling in to our local grocer on George’s Street, we might opt to shop online. Instead of meeting for a walk along the pier, we sometimes choose to meet friends and family virtually. We may even find our future husband or wife through online dating, quite a contrast from the nights of blossoming romances on the dance floor of the Top Hat. Modern technology has brought many conveniences to Dún Laoghaire-Rathdown (this exhibition for example, is available worldwide through the internet). What has not changed however, is our need to connect with our community.

The Dún Laoghaire-Rathdown Day Care Centre members who too part in this project chose to share memories about an abundance of topics; from swimming in the Dún Laoghaire Baths to seeking out their nearby air raid shelters; taking on hard labour jobs fresh out of school to getting dressed up for a Saturday night in the dance hall. But as diverse as these stories have been, one theme has continued to emerge; knowing your neighbours and connecting with the community around you was at the very core of their lifestyles. While it would be remiss of us to romanticise the past or dismiss the struggles of decades past in Dún Laoghaire-Rathdown, there is also surely something to be learned from this sense of community that was so prominent in decades gone by. 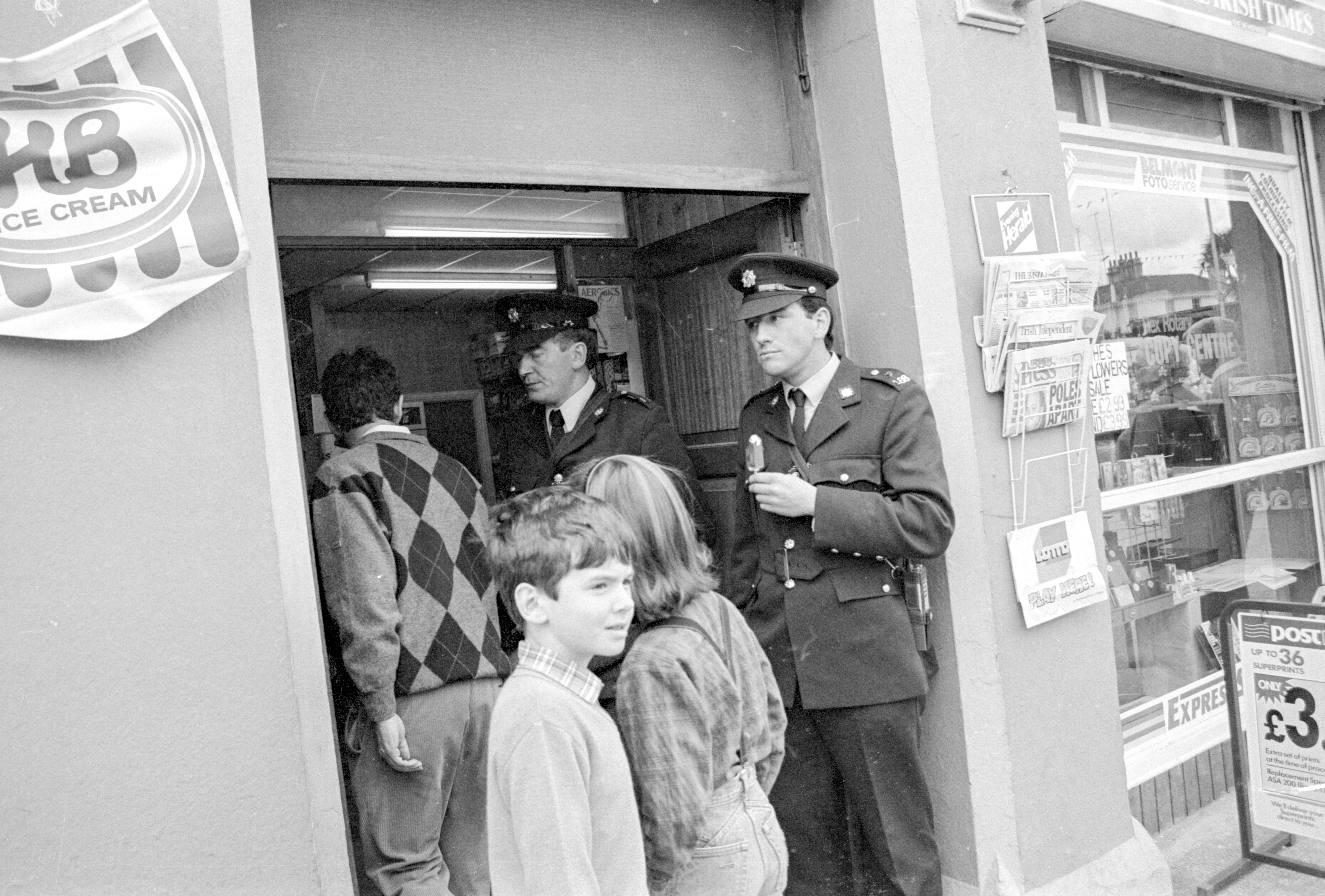 “You knew everyone on the (Booterstown) Avenue. One of the main property owners when I came there (in the 60s) was Paul Costello, the designer’s father, his family, they lived at the top of the avenue. That house is still there, Booterstown House.” – Leopardstown Park Day Centre Member

“You went out and left your key in the door.” – Kathleen Clarke, Shankill Day Care Centre Member 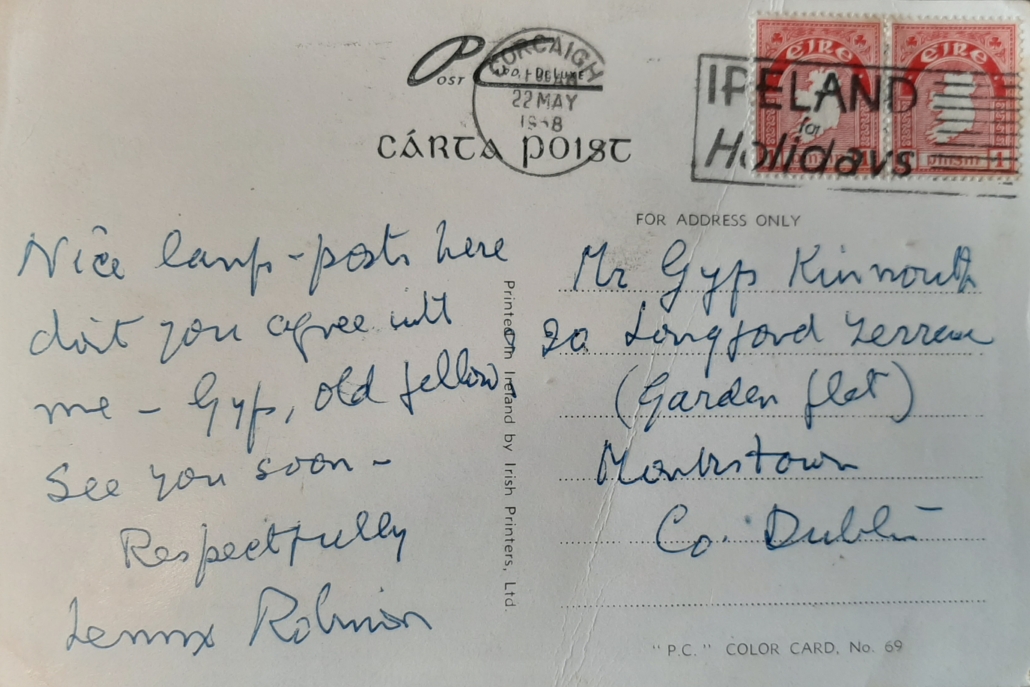 “My mother-in-law actually owned this house (on Longford Terrace) and there were four flats. And we lived in what she was pleased to call “the Garden Flat”, But we called “the Basement Flat”, but never mind. And Lennox Robinson lived in another one of the flats… And Lennox took (my) dog every day for a little walk. I gathered that where the walk was, was to the, em, the pub. And on Saturdays when I was doing my shopping, and I had a tussle outside the pub every time because the dog wanted to go in the pub! I had a postcard which Lennox had sent to my dog, so I recently gave that to the Chief Librarian (in Dún Laoghaire).” – Dorothy Kinmonth, The Clevis Unit Member

“Growing up in Devitt Villas, there was loads of us and we’d be sitting on the railings, you know? And me mother would always say “Now, you’re not to go into anyone’s houses. They have enough to do without any of yous going in.” Cause there was fourteen of us!” – Beaufort Day Care Centre Member

“At that time, you knew everyone from house to house. I know two people now. The rest of the avenue (Booterstown), I haven’t a clue who lives on it. How the families change over the years. Houses are sold off. Different people moving in.” – Leopardstown Park Day Centre Member 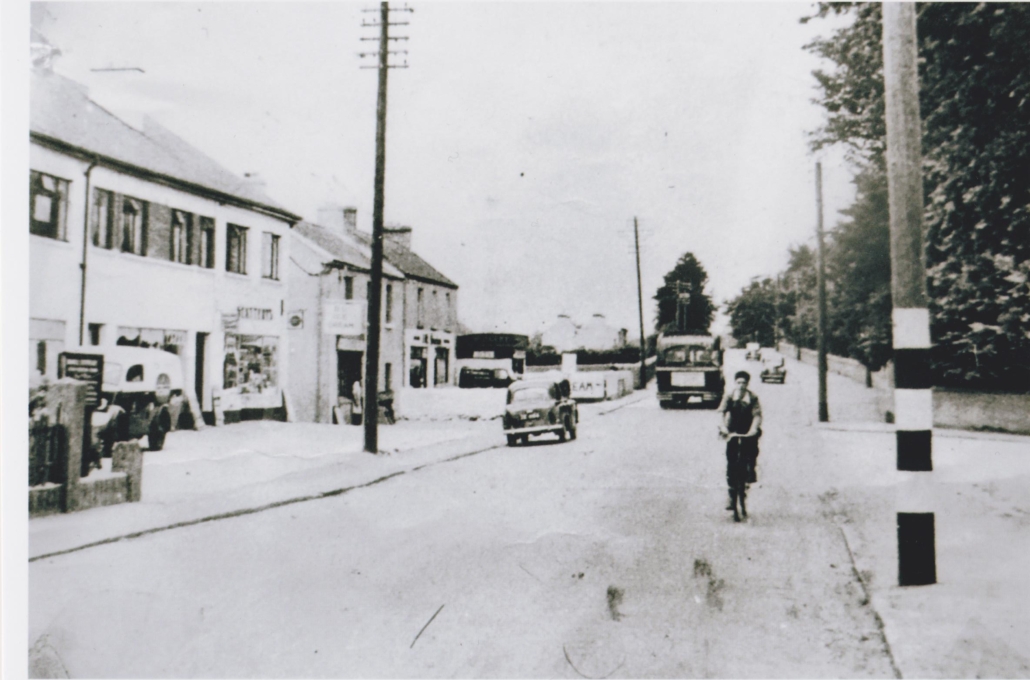 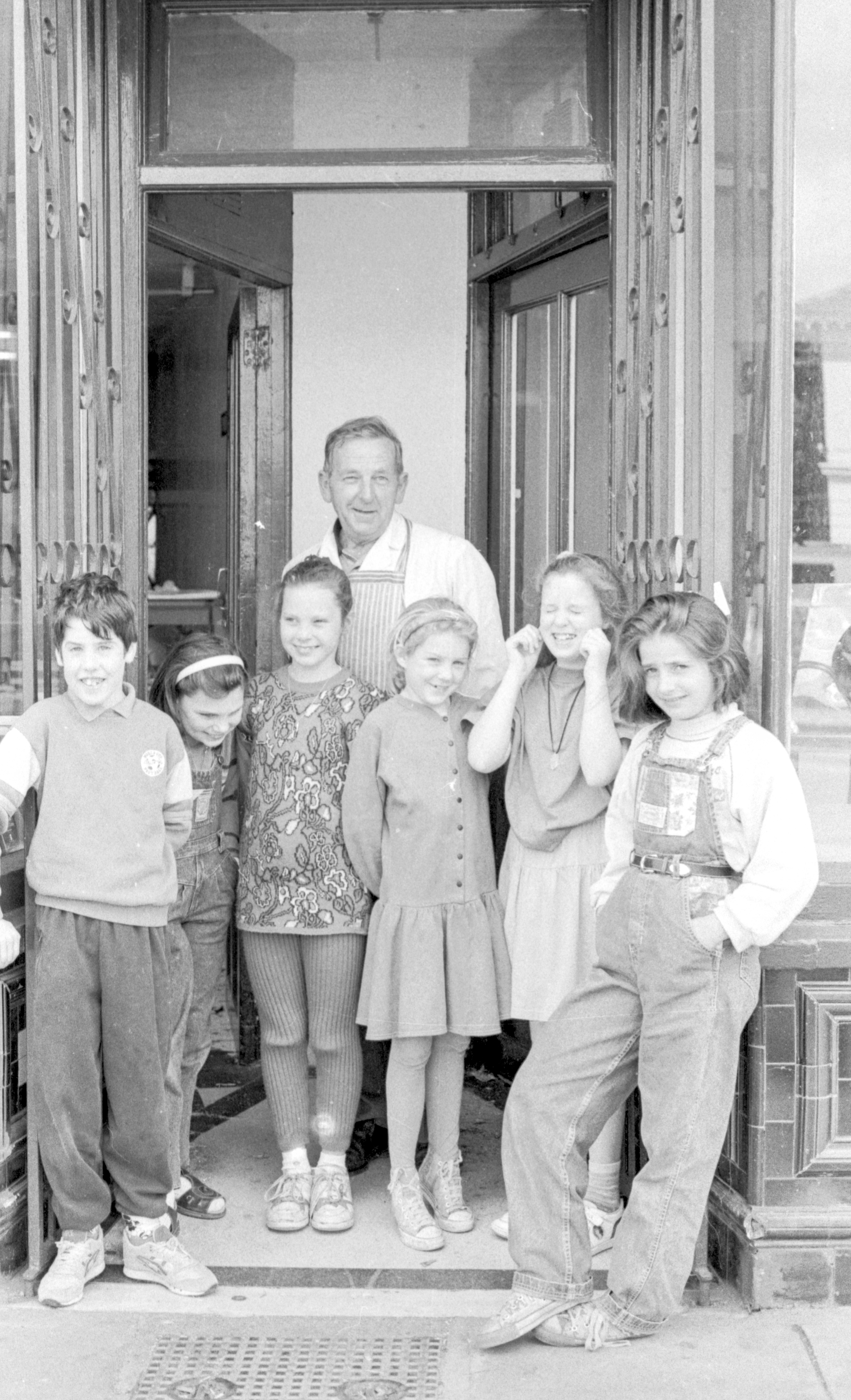 “When we came here first, Dún Laoghaire was completely different. You didn’t have, as what they call it now, the old shopping centre, that was there, on Marine Road. There was a row of shops there, coffee shops, little grocery shops.” – Leopardstown Park Day Centre Member

“There were no lights after 12 o’clock (in Leopardstown). Everything went dark. And there weren’t really many houses. Brewery Road, there was hardly anything on it. And it was lovely taking the children as babies for walks. You were into the country as soon as you went up the Brewery Road. Of course, no motorway. But now it’s so different, and all the apartments and offices. There’s so many things going up.” – Leopardstown Park Day Centre Member

“I’m living in Booterstown since 1964. It’s changed so much in those few years. There was a post office, there was a pub each end; Gleeson’s and the Punchbowl. You had a grocery shop, you had a fuel depot, there was a butcher as well. But now there’s none of that. The shops are gone. You see, the supermarkets done away with the small shops. When Superquinn opened in Blackrock, all the smaller shops closed down slowly. That was the first big store.” – Leopardstown Park Day Centre Member